untitled (our arrows and shield)

graphite and paint on wood

graphite and paint on wood

ink and colored pencil on paper 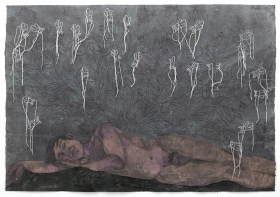 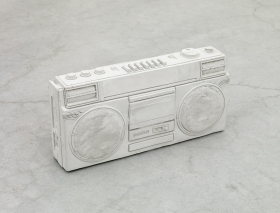 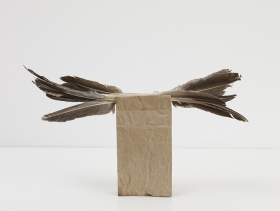 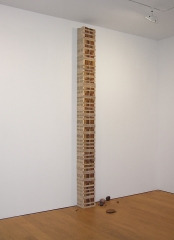 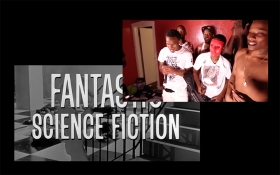 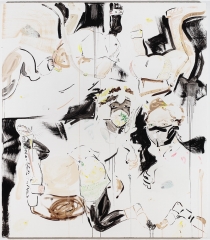 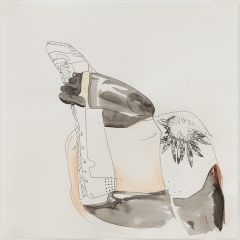 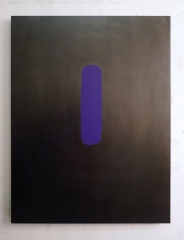 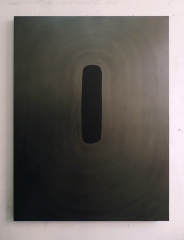 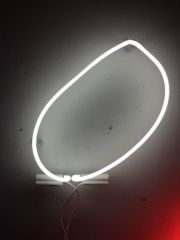 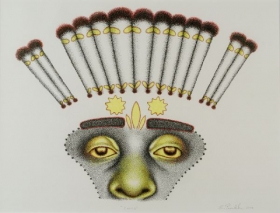 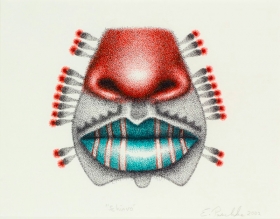 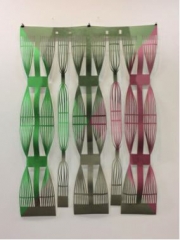 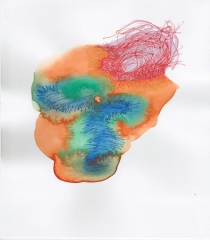 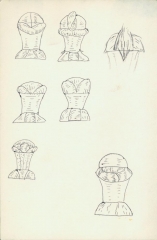 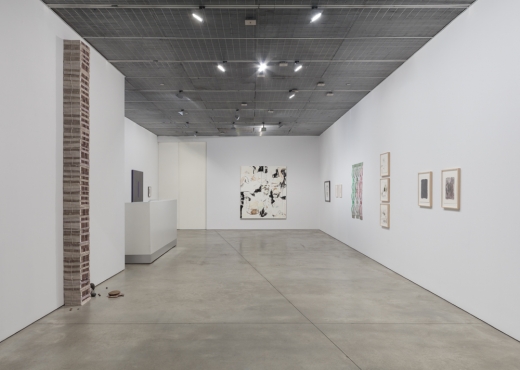 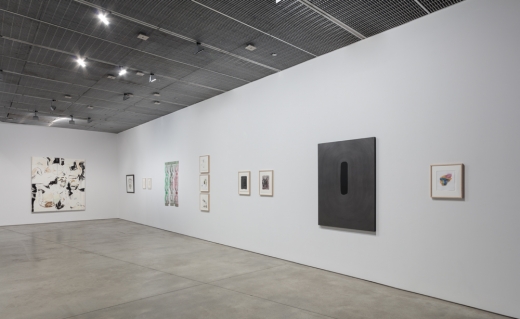 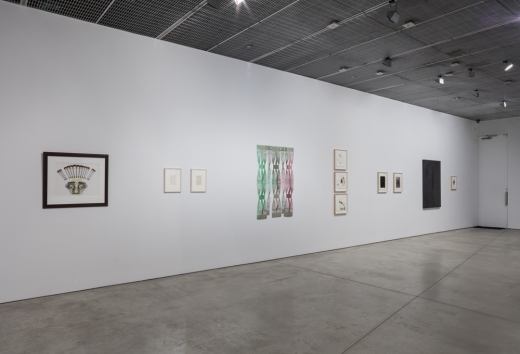 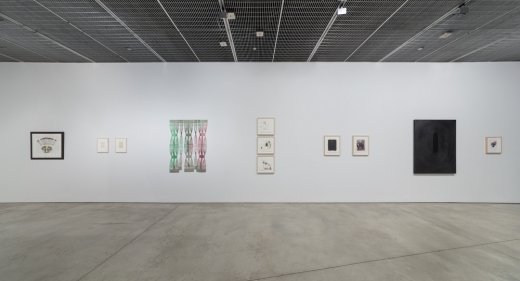 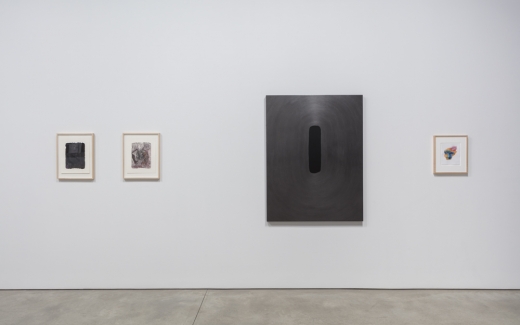 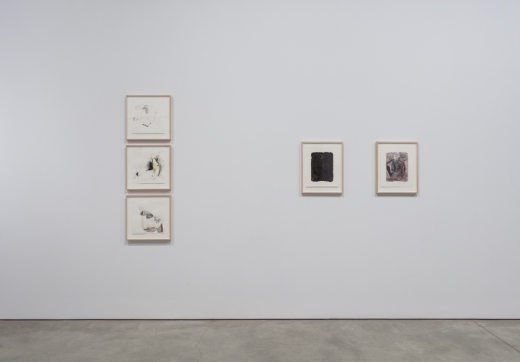 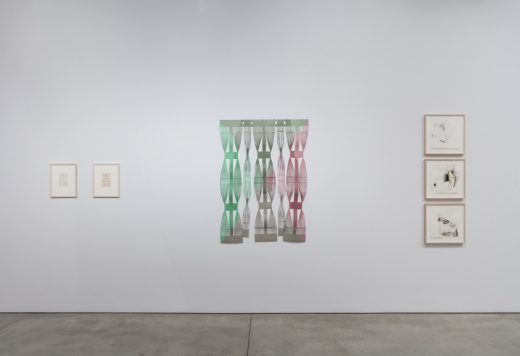 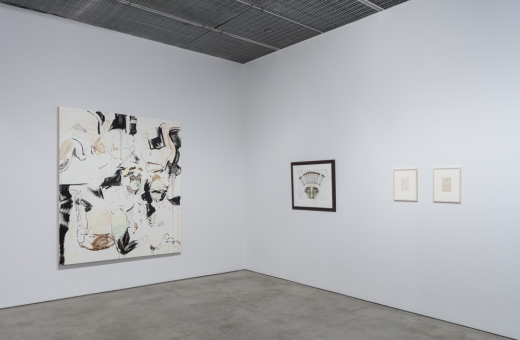 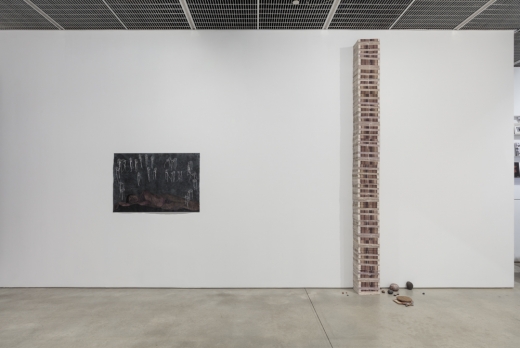 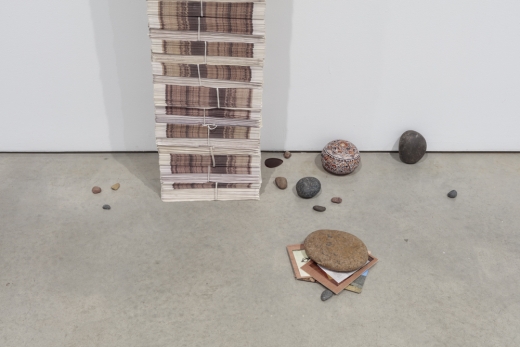 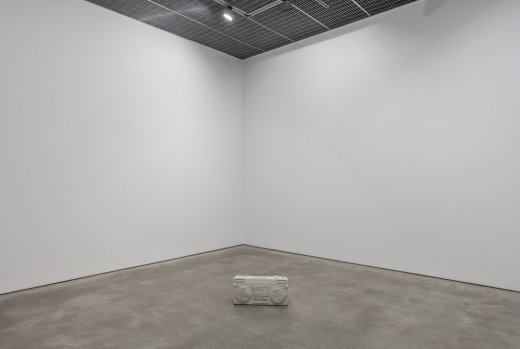 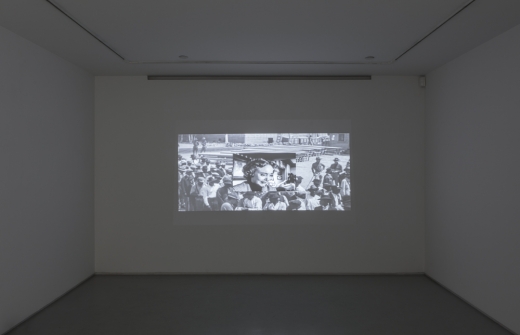 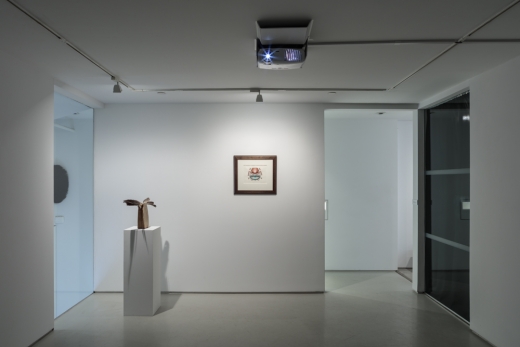 The Ties That Bind

David Nolan Gallery is pleased to announce Kink and Politics: The Ties That Bind, an exhibition curated by Wardell Milan. On view from June 22 through July 28, 2017, the exhibition explores the ideas of sexual deviance and government legislation –which Milan finds associations between in the work of the ten participating artists.

According to the curator: “A closer look at the ideas of kink and politics feels seasonable as sexuality and the notion of gender transitions are questioned, as immigration and borders all are disputed, and as the ‘other’ perennially creates safe spaces with the hope of bringing forth the feeling of freedom. It is the consideration of how moral and social conformity and legislative politics serve as a structure to champion as well as to challenge and revoke.”

The work of Felipe Baeza (b. 1987, Guanajuato, Mexico) serves as an account of the artist’s own status as an immigrant living in the United States. The figures that he frequently depicts are reflective of the bodies smuggled across the Mexican border. William Cordova’s (b. 1969, Lima, Peru) practice explores the metaphysics of temporality, synthesizing different historical and geographical moments as a form, and proposing social commonalities.

Johnathan Payne’s (b. 1991, Houston, Texas) large-scale collages begin with digital scans of adult magazines, which he subsequently prevents the viewer from perceiving straightforwardly as he transforms them into abstract patterned outlines. Focusing on glory holes – typically defined as a hole in the wall used in homosexual encounters – Lucas Michael (b. 1965, Buenos Aires, Argentina) makes paint and graphite on wood paintings that simultaneously celebrate and mystify these urban spaces.

Melvin Harper (b. United Kingdom) appropriates a variety of moving images from old science fiction B-movies to courtroom footage and cell phone videos – narrative devices woven together as a comment on racial disparity throughout society and the criminal justice system in particular. The notion of physical struggle is evident in Linda Gallagher’s (b. 1978, King of Prussia, Pennsylvania) paintings and drawing where grappling figures simultaneously suggest intimacy and aggression.

The theme of physical bondage as a sexualized and potentially repressive element is evident in the works of Christina Ramberg (b. 1946, Kentucky, d. 1995, Chicago, Illinois) whose drawings often include partial images of heads and body parts, bandaged and wrapped. Part of the loose confederation that came to be called the Chicago Imagists, the group also included Ed Paschke (1939-2001, Chicago, Illinois) who is represented in the exhibition by two drawings from 2002.

In Senga Nengudi’s (b. 1943, Chicago, Illinois) audio recording resembling an NPR-like radio program, the artist interviews various leaders of a fictitious nation-state whose major export is art and creativity. The Brooklyn-based writer and performer Morgan Bassichis (b. 1983) will undertake a performance, in direct response to the other artists installed in the exhibition, at the gallery during the opening reception on Thursday, June 22.