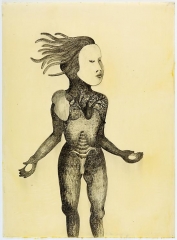 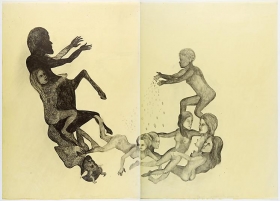 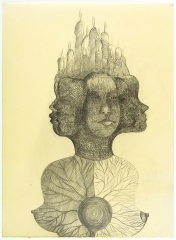 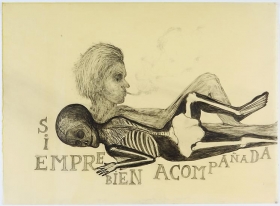 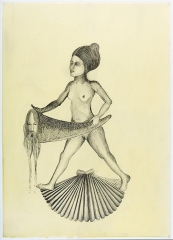 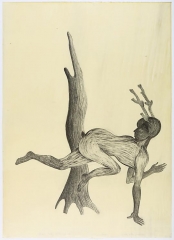 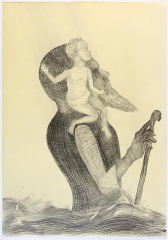 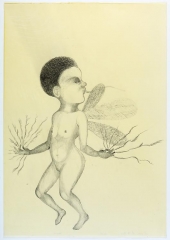 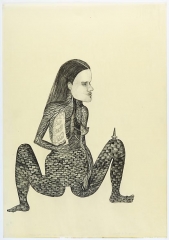 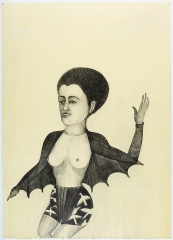 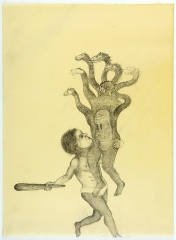 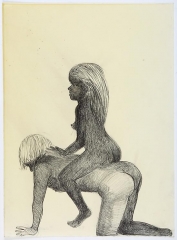 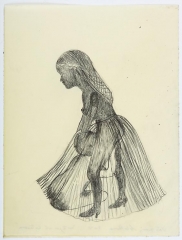 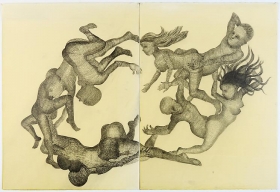 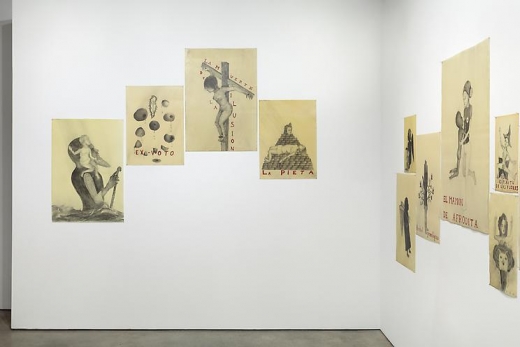 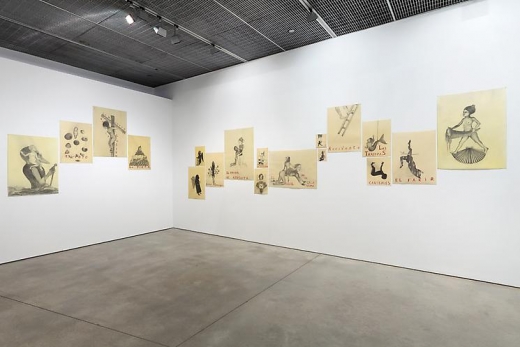 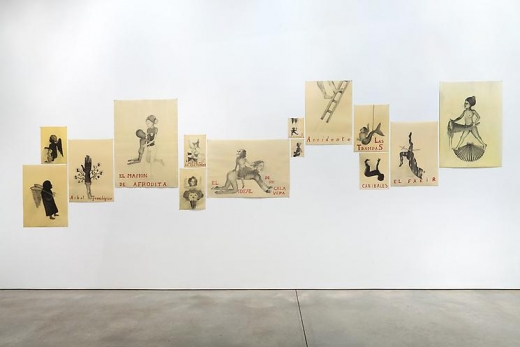 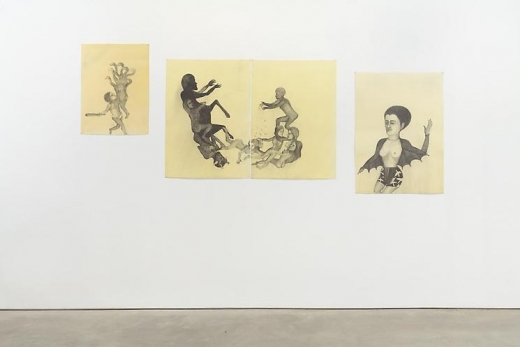 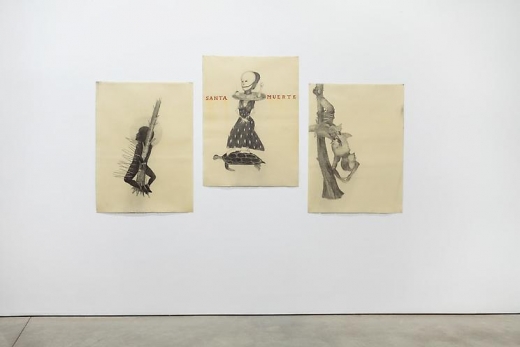 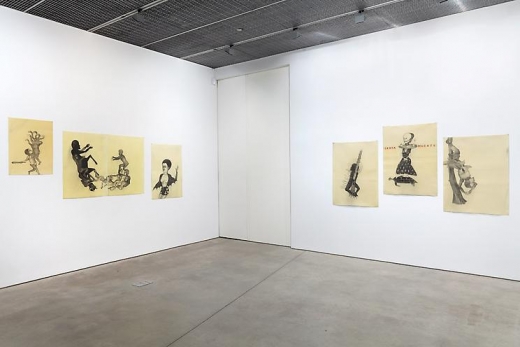 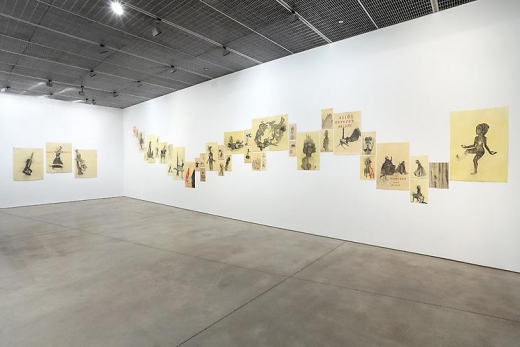 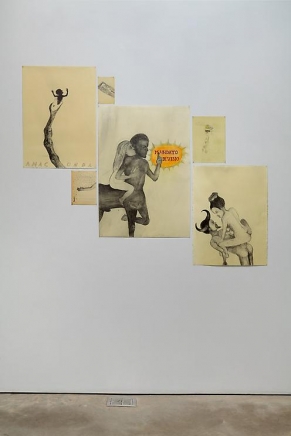 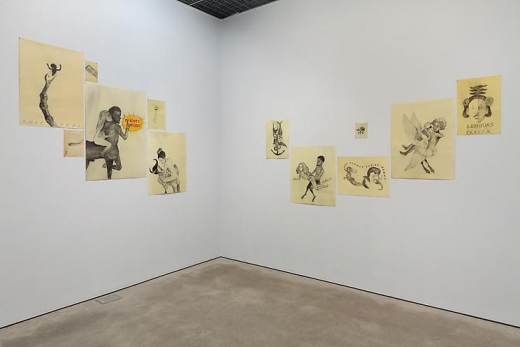 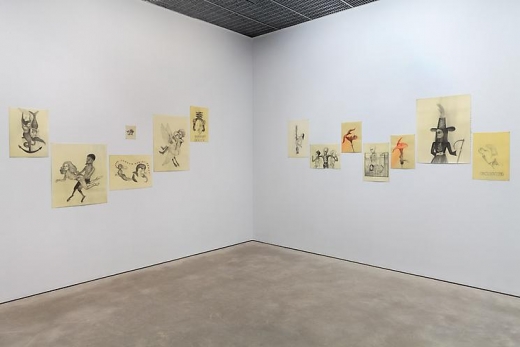 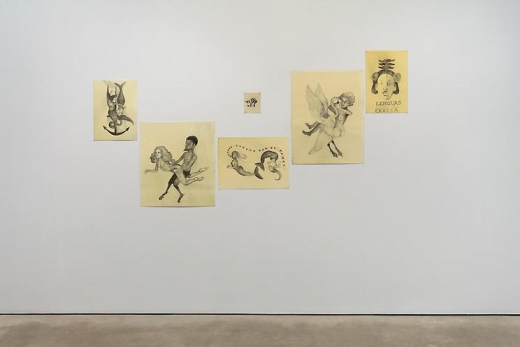 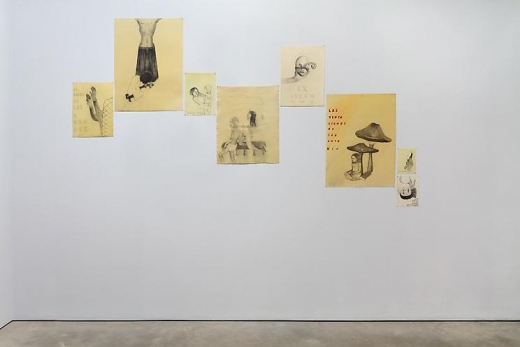 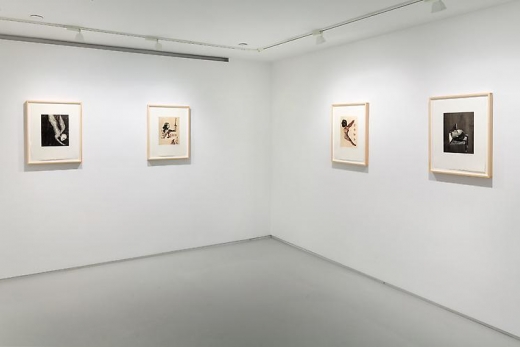 For Sandra Vásquez de la Horra's second solo show at David Nolan Gallery, the artist has produced a suite of new drawings that are being presented under the title Entre el cielo y la tierra. Continuing the methods developed in her earlier work, Vásquez de la Horra produces graphite drawings that are completed by being dipped in wax. Bounded by this framework, the artist continues to deepen her focus into the themes that inform her work, producing imagery ever more dreamlike and evocative yet dark and guarded. Vásquez de la Horra will be presenting a number of drawings from her participation in the 30th São Paulo Bienal in juxtaposition with the new works made for the exhibition.

Born in Chile in 1967, Vásquez de la Horra grew up under the Pinochet regime. Drawing from both this cultural history as well as her personal experiences, Vásquez de la Horra's works are forceful images that demand a reaction from the viewer. Elegantly modeled with fluid, confident lines, the humanoid figures possess immediate force. Drawing from a wide range of literary and mythological sources, the artist depicts hybrid figures and inscrutable objects, presenting scenes that feel surprisingly familiar. The simplicity of form is offset by the mysteriousness of the shading and by the monochromatic austerity. Only in brief accents does the artist add color, dramatizing fragments of text that augment and complicate the imagery.

Though sexual acts, folk figures, death, and other motifs reappear in the works, each drawing exists as a self-contained entity. The figures nearly always float ambiguously over an unmarked background, each a unique vignette that recalls the spatial confusion of dreams and memories. When the drawings are installed in a large salon-style group, their truncated narratives play off one another, underscoring the poetics achieved through sparse means.

The title of the show translates as "between heaven and earth," suggesting a material and spiritual totality, the complete range of possibilities. Ecclesiastes 1:14 reads "I have seen all the works that are done under the sun; and, behold, all is vanity and vexation of spirit." Vásquez de la Horra's impenetrable scenes are similarly foreboding, as a sense of unease – a prophetic doom – permeates the works. In these most recent works, the artist draws from conspiracy theorist David Icke's reptilian master race, the "lost" continent and cultures of Lemuria, and the ritualistic orgies and initiation rites of Stanley Kubrick's Eyes Wide Shut. Vásquez de la Horra's recent experiences in detoxing and cleansing left her unusually sensitive, with the dreams and conversations that followed impacting her work greatly. By denying recourse to straightforward narratives and stable imagery, Vásquez de la Horra's drawings undermine rationalized categorization and resist secure meaning. This mastery of the mythological and symbolic, and the feedback between dreams and social realities, has led Vásquez de la Horra's work to be compared to that of Henry Darger, Odilon Redon, Louise Bourgeois, and Francisco de Goya.

Sandra Vásquez de la Horra graduated from the University for Design in Viña del Mar, Chile in 1994, and completed post-graduate studies at the Kunsthochschule für Medien, Cologne in 2003. She attended the famous Kunstakademie Düsseldorf from 1995 to 2002, studying under Jannis Kounellis and Rosemarie Trockel. Vásquez de la Horra has been exhibited at the Centre Pompidou, Paris; the Museum Kunst Palast, Düsseldorf; and the Bonnefantenmuseum, Maastricht, Holland. In 2009, she won the Drawing Prize of the Guerlain Contemporary Art Foundation. In 2012, Vásquez de la Horra participated in The Imminence of Poetics, the 30th São Paulo Bienal, curated by Luis Pérez-Oramas.