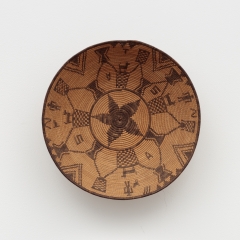 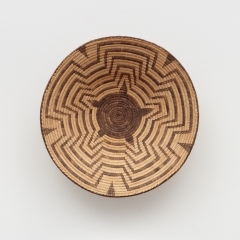 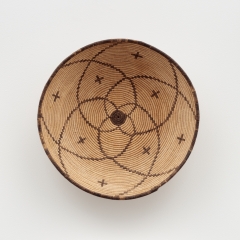 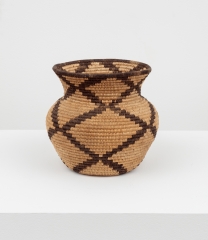 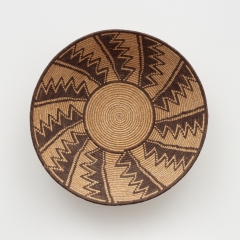 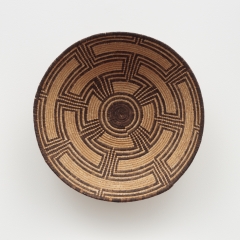 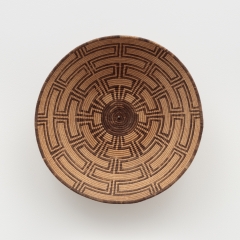 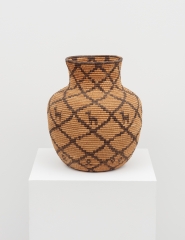 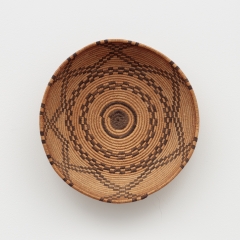 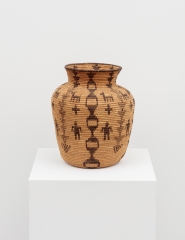 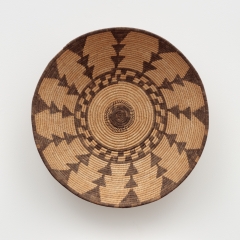 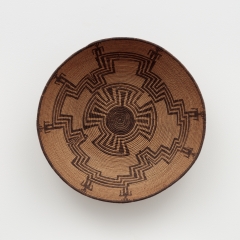 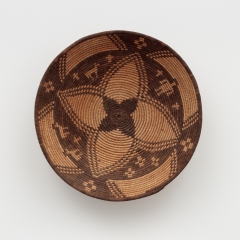 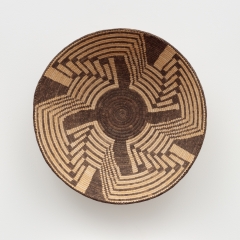 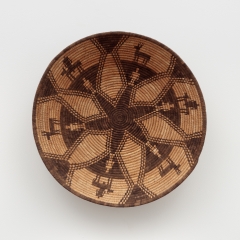 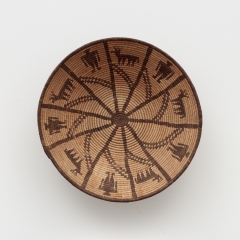 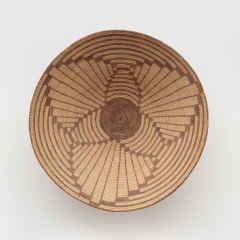 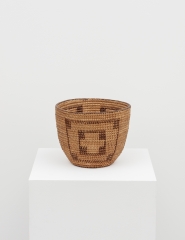 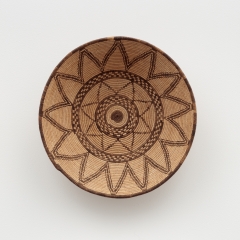 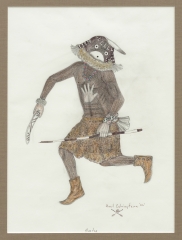 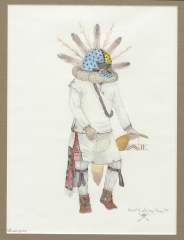 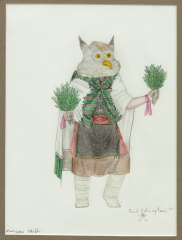 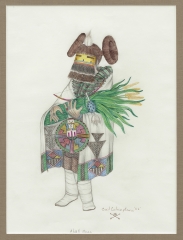 David Nolan Gallery is pleased to announce American Indian Baskets and Drawings: Selections from the Eddie Basha Collection, on view from November 20, 2019 through January 11, 2020. The exhibition will feature a magnificent group of early 20th-century baskets and trays produced by Apache, Pima, Havasupai, Yavapai and Maricopa peoples, and a rare group of drawings by contemporary artist Cecil Calnimptewa, Jr., depicting Kachina spirits from the Hopi theology.

Basket weaving is one of the greatest expressions of native American culture in the Southwest, and a fast disappearing American art. Made between 1900 and 1930, the baskets on view represent the last generation of truly great basket makers. In 1930, the confluence of the Great Depression, low tourism and automation saw the loss of craftsmen and techniques that produced these exquisite examples. As time moved on, the weavers disappeared, marking these objects as beautiful avatars from the pinnacle of basket making. Masterfully woven from local plants like willow, devil’s claw and cattail, these baskets are built on a hand crafted three-rod foundation. Their motifs and designs, comprising geometric shapes such as circles, radiating lines, triangles as well as stylized figures of humans and animals, bring Native American baskets within a broader cultural conversation relating to geometric abstraction. Similar to how one considers the influence of African art on Pablo Picasso's career so it too can be suggested that the flat, two-dimensional figuration, geometry and abstraction richly represented in Native American basket craft parallels the studio practice of many significant Modern and Post-War international artists.

Cecil Calnimptewa, Jr. (b.1950, village of Monenkopi near Tuba City, Arizona) is renowned for his Hopi Kachina one-piece carvings, held in museums and private collections worldwide.

Unable to carve for a period of time, Calnimptewa embarked upon a series of colored-pencil drawings documenting Kachinas, the supernatural beings who are the messengers between the spiritual domain and mortals. The Hopi believe that every year, from December to July, the kachina spirits mingle among the living and hold dance ceremonies during which men wearing colorful costumes embodied kachinas. The figures are presented to girls and young women as instruments of protection, displayed in Hopi homes out of reverence for the spirits. Perhaps drawn to the figures' bewildered expressions or their connection to the spiritual realm, surrealist artists André Breton and Max Ernst collected kachina dolls.

As a young man, Calnimptewa was initiated in the Hopi Tribe which meant he could participate in the dances and also be a carver. "When I would go to my village and dance I would always be the Yellow Fox because that it is how I was initiated. The elders tell us that when you die, you turn into that Kachina..."

Edward Najeeb Basha Jr. was a collector and philanthropist. Originally from Lebanon, in the 1910s the Basha family moved from New York City to Chandler, Arizona, where Eddie was born in 1937. He expanded a modest grocery chain into an empire with over 100 sites, including locations on the Navajo, Tohono O’odham, White Mountain Apache and San Carlos Apache Nations. From 1971 until 2013, Eddie Basha assembled an unparalleled collection including over 3,000 pieces of contemporary Western American and American Indian masterworks. He was a generous patron, sustaining the careers of many artists before other collectors discovered them.