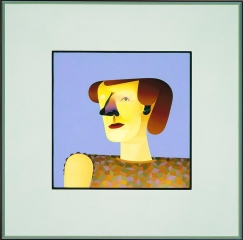 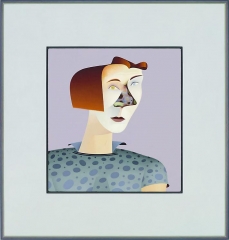 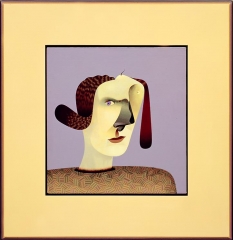 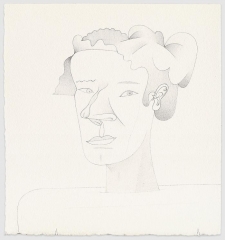 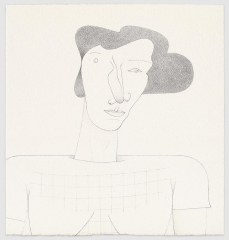 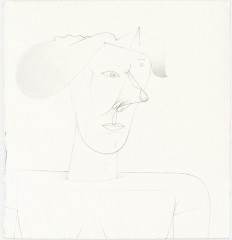 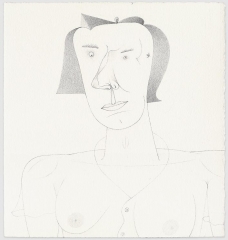 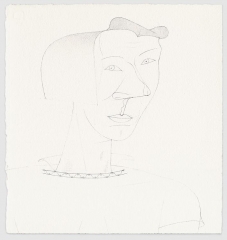 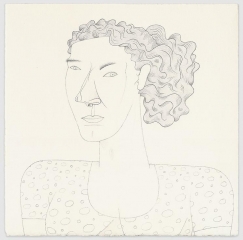 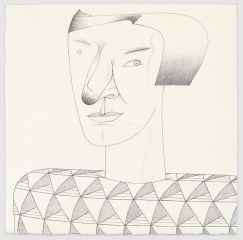 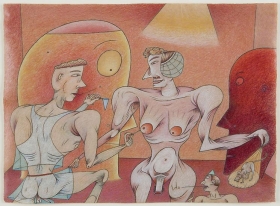 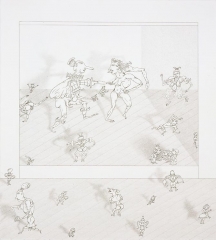 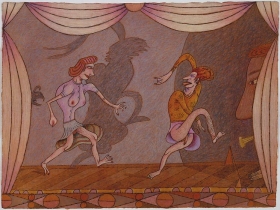 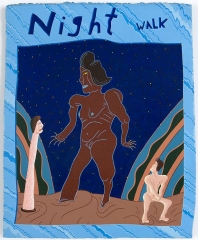 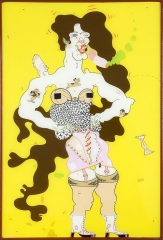 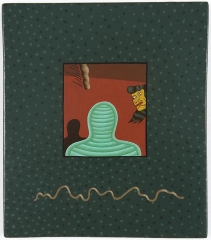 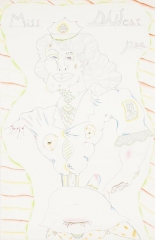 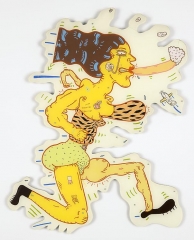 Jim Nutt is widely identified as being a member of the Imagists, a group of artists who were included in exhibitions curated by the artist Don Baum in the 1960's and 70's at the Hyde Park Art Center, one of Chicago's oldest alternative art spaces. Other members of the Imagists include Ed Paschke, Roger Brown, Leon Golub, Nancy Spero, and H.C. Westermann. More specifically, Nutt was a member of an informal group of artists that included other graduates from the School of the Art Institute of Chicago: James Falconer, Art Green, Gladys Nilsson, Suellen Rocca and Karl Wirsum. Together they organized three exhibitions at the Hyde Park Art Center in the late 1960's under the name "Hairy Who." They later exhibited at the San Francisco Art Institute and the Corcoran Gallery of Art in Washington, DC.

The Hairy Who aesthetic reflected influences from a wide variety of genres, from the masterworks at the Art Institute to the shows of contemporary art at the Arts Club of Chicago and at the major commercial galleries, not to mention primitive and Native American art. They largely ignored the vogue at the time for New York abstraction, opting to incorporate European styles such as Surrealism and Expressionism with the illustrational style of American comic books.

Nutt's works from his Hairy Who days are vivid, grotesque, aggressively sexual and psychological. He represents improbable figures with truncated limbs, protruding genitals, wiry hairs and distorted bodies. Language also comes into play when Nutt incorporates jokes, clichés, puns and naughty innuendo that add another dimension to his work. One of the early pieces in our exhibition is "Miss Sue Port" (1967-68), a painting in acrylic on Plexiglas that brings to mind the mass cultural appeal of the pin up photo. Written alongside the buxom babe is the phrase, "inches off your waste," spoofing old magazine ads for women's undergarments while inserting a little potty humor into the mix. Posed in a triumphant, superhero stance, "Sue" appears to be hitting herself on the head and vomiting while a bare breast jiggles with a TV cartoon-style "boink."

In the 1970's, Nutt's characters encounter one another on bare theater stages, acting out the battle of the sexes while gremlins and other creatures look on. Sometimes clothed, most of the time naked, the figures inhabiting Nutt's proscenia gesture and beckon at one another. It's not always clear exactly what is being communicated, bringing to mind the famously enigmatic tableaux of Balthus.

The uncanny mystery of Nutt's works is conveyed most convincingly in the portraits of women he began to draw and paint in the late 1980's, a series he continues to the present day. Elegant and restrained, these portraits still pack the perverse punch of his Hairy Who days. Though the muted browns and blues of Nutt's color palette in the earlier portraits evoke the soft candlelit atmospheres of Rembrandt and Géricault, the recent paintings on view in the exhibition have achieved the light, sunny frivolity of Ingres, rendered in lavenders, soft yellows and pale blues. Nutt radically deforms the features of his imaginary ladies, turning eyes into pinpoints and slits, eyebrows into furry caterpillars, noses into multicolored pudenda, and hair into Cubist abstractions. He then customizes painted frames to highlight the quirky personalities of each. Titled with monosyllabic names like "Plumb" (2004), "Pin" (2006), and "Trim" (2010), Nutt's portrait paintings have smooth, glasslike surfaces where each brushstroke seems to have been applied with a hair. The recent drawings are meticulously executed with hard, sharp graphite on heavy watercolor paper. Without the chromatic distraction of his paintings, the works on paper show the drawn line to be Nutt's main ally.

Jim Nutt was born in Pittsfield, MA and currently lives outside of Chicago, IL. A 1994 retrospective organized by the Milwaukee Art Museum travelled to the Henry Art Gallery, Seattle, the National Museum of American Art, Washington, DC, and the Contemporary Arts Center, Cincinnati. Nutt's works are located in numerous American and European collections including the Art Institute of Chicago, the Morgan Library and Museum, New York, the Philadelphia Museum of Art, the Whitney Museum of American Art, the Nelson-Atkins Museum, the Smithsonian Museum, and the Museum of Modern Art, New York. "Jim Nutt: Coming Into Character," curated by Lynne Warren, will be on view at the Museum of Contemporary Art, Chicago, in January 2011. This is Jim Nutt's third exhibition with David Nolan.

Please also join us for "Three Artists Talk About Jim Nutt: Steve DiBenedetto, David Humphrey, and Alexi Worth," on Saturday, May 8, at 2 pm. This event has been organized in conjunction with the first annual New York Gallery Week, from May 7 through May 10, 2010. For more information, please see www.newyorkgalleryweek.com. 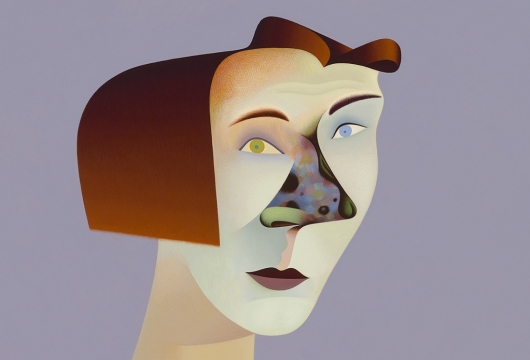 Jim Nutt
Back To Top