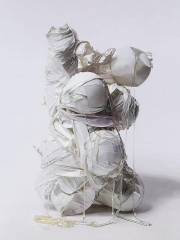 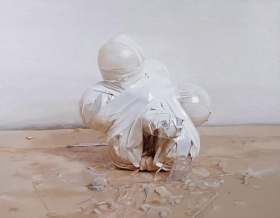 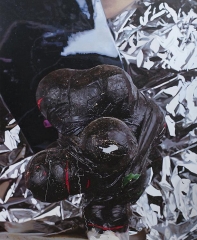 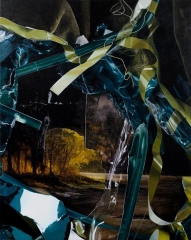 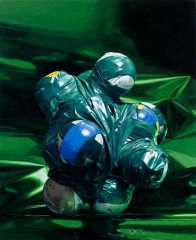 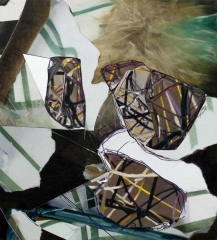 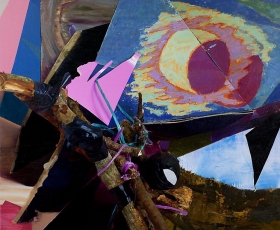 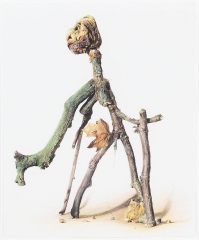 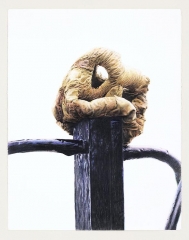 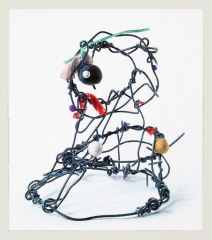 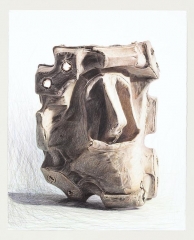 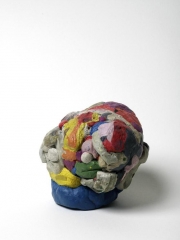 David Nolan Gallery is pleased to announce the opening of the second New York solo exhibition of the British artist, Neil Gall (b. 1967). The show will feature recent drawings and paintings.

Gall’s works refer to art history and vernacular culture, from English neo-romanticism and contemporary photography to science fiction and popular music. They are sublimely beautiful, painted and drawn in luscious hues and in startling detail. His virtuosity elevates the humble nature of the models upon which the images are based. Ping-pong balls taped together become monumental, anthropomorphized figures reminiscent of Hans Bellmer’s famous Doll sculptures. A cardboard carton becomes an awkwardly elegant totem. Wires and balls of clay metamorphose into fearsome prehistoric or extraterrestrial creatures.

Although his relationship with his models is familiar, like that of old friends, Gall sometimes distances himself by taking photographs of them. Gall collages these photographs with bits of canvases torn from old found paintings, then paints or draws the resulting fractured images. Rather than giving in to traditional portrait or landscape compositions, the paintings of collages give the models yet another life, abstracted but still recognizable, in which the parts speak for the whole.

Gall unveils the magic in these everyday objects, transforming them into surreal idols of material culture. These models appear again and again in the paintings and drawings, each time approached from a different perspective and gaze like Cézanne did with Mont St. Victoire, or Morandi with his bottles and boxes. While postmodern art discourse privileges the deconstructive analysis of the viewer’s gaze, Gall’s project returns to the romantic idea of the artist’s eye as he reconstructs his enchanted world with a tinge of ironic humor.

Neil Gall was born in Aberdeen, Scotland, and currently lives in London. He received his BA in Painting at Gray’s School of Art and then attended Slade School of Art in London in 1991. His art has garnered him numerous awards in Great Britain, and his work is featured in prominent international private collections.

BOOK SIGNING (in conjunction with Frieze New York)
Saturday, May 5 from 5-7 pm
Neil Gall will be present to sign copies of his new monograph, Works: 2007-2011, published by Hatje Cantz. 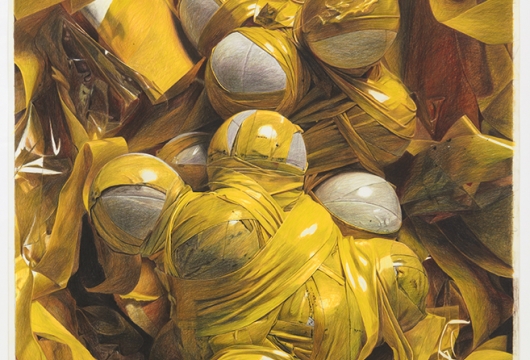 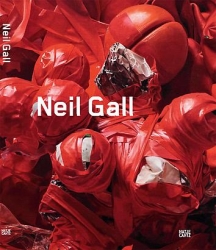