graphite, watercolor, and wax on paper 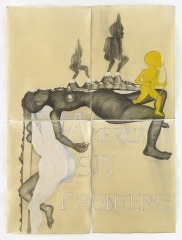 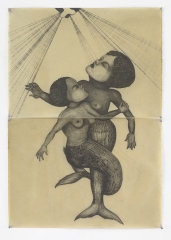 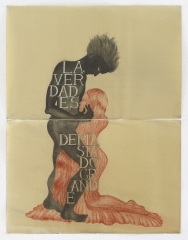 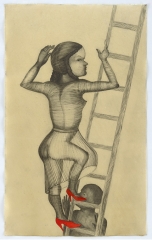 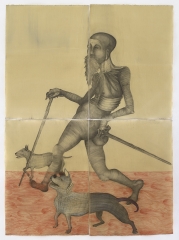 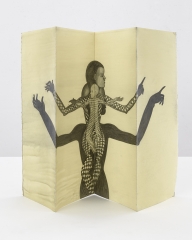 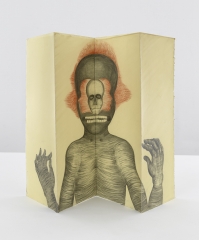 David Nolan Gallery is pleased to announce América sin Fronteras, an exhibition of new and recent work by Chilean artist, Sandra Vásquez de la Horra – her fourth at the gallery. On view from March 15 through April 28, the presentation will include significant drawings and three-dimensional works that testify to the artist’s vivid imagination and also the introduction of a monumental new scale into her practice.

Vásquez de la Horra (b. 1967) has become known for her deeply personal works in which she deploys a technique wherein graphite drawings are sealed over with a translucent wax “skin”, imbuing her compositions with a sense of historicity and corporeal fragility. The artist’s unique understanding of the world has been fertilised by a deep engagement with an expansive array of belief systems, both from her native Latin America and across the globe. The powerful images that inhabit her works are the result of a spontaneous and unconscious channelling of memories, metaphor, and spiritual imaginings.

The present exhibition demonstrates Vásquez de la Horra exploring the further limits of her imagination, as she takes the viewer on a journey into far flung universes, through mountain ranges, deep underwater, and finally, into the afterlife. The titular work, América sin Fronteras, 2017, a mythical seven by five foot drawing, portrays two manifestations of Mother Earth, whose recumbent body seamlessly merges into the landscape. From inside her a young boy is birthed, and armed with a bow, he goes off to hunt.

Distinctive letterforms (of the artist’s creation) appear frequently in her work, and words often literally embody her figures so as to suggest visual poetry. One such work – La verdad es demasiado grande, 2017 (or The truth is too big) – depicts an enigmatic couple engaged in a tender embrace. Vásquez de la Horra has linked the central message of this work to her own mission as an artist: to both examine and uncover the mysteries of the universe. With power and authority, the artist’s works invite us to consider more deeply the world around us, as she discerningly imparts a treasury of life’s secrets.

In Vásquez de la Horra’s cosmology, we encounter fantastical creatures on whatever journey we take, whether it is to a real place or an imagined future.

I first wrote about Sandra Vásquez de la Horra’s post-symbolist drawings on wax-soaked paper in the spring of 2016, when she had a show at David Nolan. As with all artists working in a highly recognizable style or vocabulary, repeating one’s symbols or making slight variations on them are pitfalls that are extremely difficult to circumvent. You might say that falling into a routine can be an occupational hazard when working with symbols, which have a tendency to remain consistent from work to work. This is not the case with Vásquez de la Horra, who keeps expanding, both formally and visually, the territory she has been exploring.