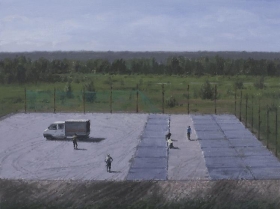 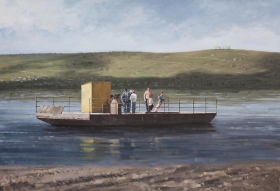 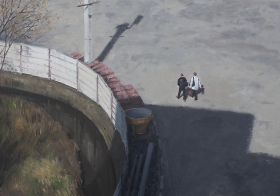 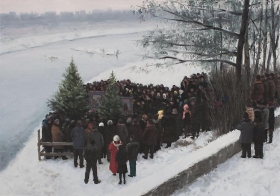 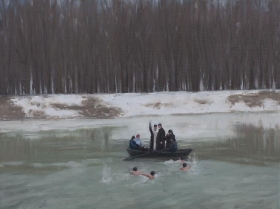 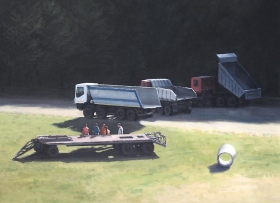 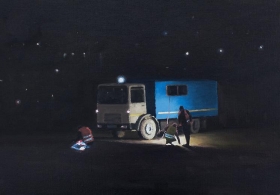 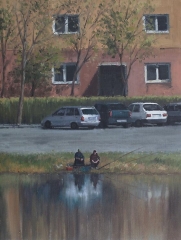 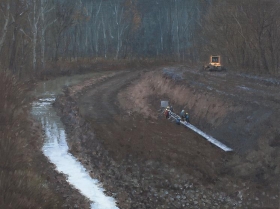 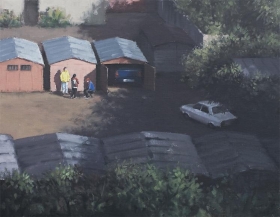 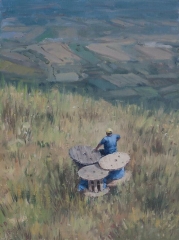 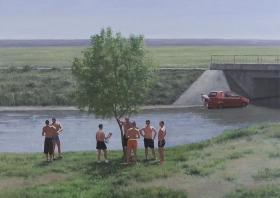 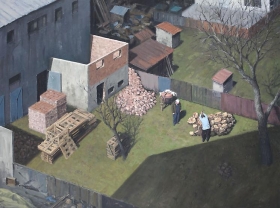 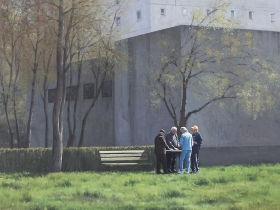 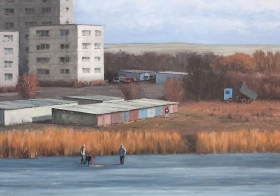 David Nolan Gallery is pleased to announce the opening of Şerban Savu: Close to Nature on Thursday, September 15, from 6-8 PM. The exhibition runs through October 22, 2011.

Şerban Savu (b. 1978) looks back at the history of landscape painting in his melancholic and elegant portraits of Romania. Since the fall of the Ceaușescu regime in the early 1990’s, block style housing, abandoned factories and incomplete public projects blight the Romanian countryside and urban neighborhoods. With a sympathetic eye, Savu observes the members of this newly democratic society outdoors in various stages of work and play. There is always a subtle friction in the paintings, an incongruity between the architecture, setting, and the presence of working class people trying to create a new and different life for themselves amidst the rapid and bewildering changes in the country after the fall of the Iron Curtain. The faces of the ordinary men, women, and children in Savu’s paintings are impressionistically blurred to preserve their anonymity; he observes these figures from his studio window or during walks, isolated in a scene, dwarfed by buildings or wide-open sky. When Savu does hone in on figures, they have the straightforward, modern presence of a portrait by Edouard Manet or a scene from Georges Seurat. They possess a quiet dignity bereft of any glorification or nostalgia, in sharp contrast to the heroic triumphalism present in Social Realism from the previous generation. The “New Man” of the Communist era, a fallen ideal, now strives to be “close to nature” in order to write a new history.

We are also excited to announce the release of a new monograph, Şerban Savu: 2005-2010, published by Hatje Cantz, with texts by David Cohen (artcritical.com) and Rozalinda Borcila.

Savu was most recently featured in his first solo museum show at the Pritzhanger Manor Gallery and House in Great Britain. His work has been included in many group shows internationally, including the Prague Biennial (2007) and the Hudson Valley Center for Contemporary Art (2011). This is the artist’s second exhibition with David Nolan Gallery. 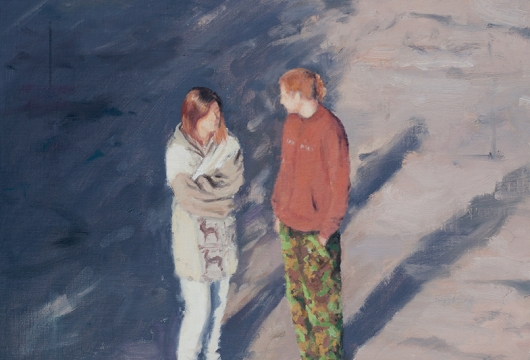 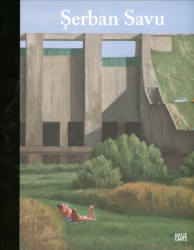