Following the 2018 presentation of Dorothea Rockburne’s large-scale works from the late 1960s and early 1970s, Dia has reopened the expanded exhibition with two new galleries, focusing on works produced in the early 1970s through the early 1980s. The first gallery features a carbon paper installation, a material the artist began using in the early 1970s: she would fold, press, and score sheets against the wall, allowing marks to durationally “make themselves” as pigment was disturbed and transferred to other surfaces. The second gallery presents works from Rockburne’s Golden Section painting series of the 1970s, constructed from linen coated in gesso and varnish, which she then cut and folded according to the mathematical ratio. The artist became preoccupied with the Golden Section as she pursued a new artistic language inspired by the presence of geometry in both nature and industrial surroundings. Also on view are five of her Egyptian Paintings, a monochromatic series developed in the late 1970s, which employed new materials and incorporated her interest in the art of ancient Egypt. 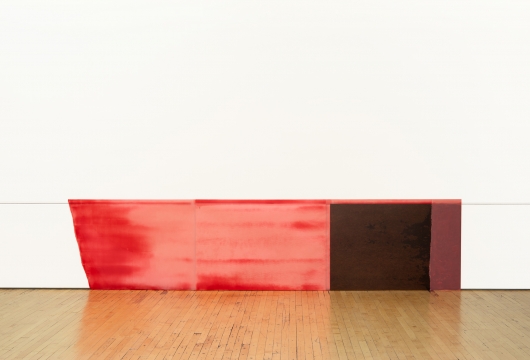 Dorothea Rockburne
Back To Top