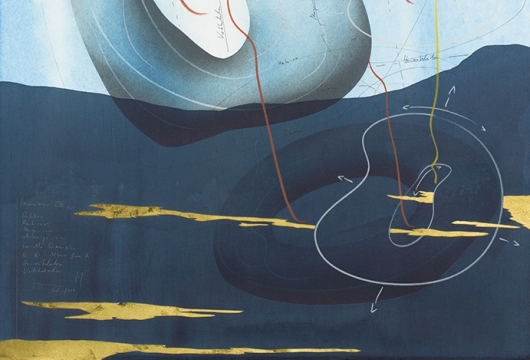 One of the best stands is that of David Nolan, who is dedicated solely to the work of Jorinde Voigt. Starting with the linear-graphic graphic and gestural approaches of the learned musician to Beethoven's sonatas, the small retrospective extends to the golden and midnight blue shimmering images of 2018 and a cycle of works...

The weekend’s snow and ice melted just in time for the VIP preview of The Armory Show, which is celebrating its 25th edition. Director Nicole Berry, who’s led The Armory Show since the end of 2017, called the fair “the unofficial kickoff to the New York art calendar” during the press preview.